Home › Uncategorized › Animals in the Belly of the Asiana Airlines Plane

Animals in the Belly of the Asiana Airlines Plane 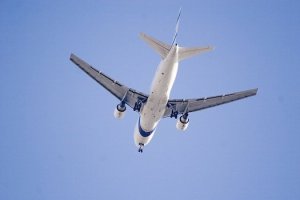 I am obsessed. I am obsessed, as I often am by these things, by the Asiana Airlines Boeing 777 crash that occurred in San Francisco yesterday. I found out about it from my dear friend Karen who texted me while I was thrift-shopping  around on this summer Saturday afternoon.. I rushed home and switched on CNN while Karen and I went back and forth by text.

“Did you see the smoke?” I wrote. She lives right across the SF Bay from the airport.

And so I went on to learn all that I could learn, and even more so today.  I learned about the injured and the two 16-year old girls who died. I learned about the survivors and those who walked away with a bruise, or not, and most likely a psyche forever scared and plagued with PTSD. I learned about how the plane broke apart when it hit the seawall.

But what about the animals? When these things happen, we never hear about the animals that are stowed away beneath in the belly of these great behemoth crafts. How many were there? Dogs? Cats? Horses? Did they survive? Were they rescued? Will they too be forever plagued with terror, turned into trembling remnants of the creatures they once were?

And so I ask, why don’t we hear about them? Why isn’t there a count of how many of them were on board? Where is the accounting for their humble little lives? Why are their lives seemingly not valued?

An author, a teacher, a candlestick maker? I am lucky enough to have followed my muse through a most eclectic life of many careers, many interests, and many friends and liasions. Two beautiful children, now grown and one their own, several books -- the penultimate accomplishment dream come true, a hores trainer, a college professor, and a stint in corporate America to validate my feelings that I never, ever want to go there again. So I donned my ruby slippers and dared to take those different paths, those diverging paths, and that has made all the difference! (Thank you, Robert!)

Daily Devotionals on Writings Received from the Celestial -- A COURSE IN MIRACLES, A COURSE OF LOVE, THE WAY OF MASTERY, and CHOOSE ONLY LOVE

Strive to understand and not to judge.

"Your career is your business, so manage it like a CEO."

The Art and Craft of Blogging