I had two encounters within the last week that got me to wondering. The first was with a student in one of my classes. In a business communications class, asked thestudents how many of them had a Facebook page. As always before, I expected all 15 hands to go up. Only 14 did. Whoa! I was shocked. I zeroed in on the abstaining student, and he said he didn’t need Facebook, and he didn’t want Facebook. He relied upon, he ssid, conventional communication tools such as telephone and face-to-face meetings. 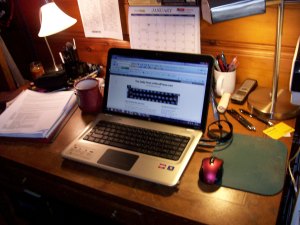 The second encounter was with a friend of my daughter’s who I inadvertantly ran into. Somehow the topic of Facebook came up and she offered that she didn’t have a Facebook page anymore. I was shocked. This young woman was the face of Facebook, and now she had obliterated her digital face and replaced it with her “real” face.

My question is now — are we looking at a trend or an exception, and if a trend, what does it mean? For some reason, I am excited and hopeful. Is this the blossoming hint of a society that might be  returning to its basic, and oh so precious, roots? 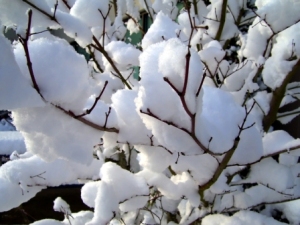 As some of you know, I am committed to man who lives in silence. My “person” is what is called “late deafened.” He became deaf at the vulnerable age of 23 after a severe illness the cause of which was never determined. As he shared some of experiences with me, one stands out. Soon after descent into silence, he went to the infamous Gallaudet University in Washington, DC to learn the art of sign language. As you can imagine, this violent change in how he had to interact with his environment was traumatic enough, but one day while at Gallaudet,  he approached a group of young people in the cafeteria with his tray in hand and asked if he could join them. They said no. He wasn’t “deaf enough.” He was not a member of often militant “Deaf culture,” an intense group of Deaf (with a capital D) people, most often deaf from birth and born to deaf parents, who eshew anyone who does not submerge themselves COMPLETELY into a world where American Sign Language( as opposed to English Sign Language) is the core of their communication and culture.

Now, ASL is indeed a beautiful thing to watch, along with the animation in action and facila expressions that accompany the actual signing. But the intensity of the culture’s animosity and rejection of anyone of deaf (with a small d) who does not embrace their “way of being” is off-putting at the least. Then enter the issue of the Cochlear implant, which has incited a veritable riot amongst the Deaf people. I have embedded herein a

that embodies the emotional extremes of both sides of this issue. 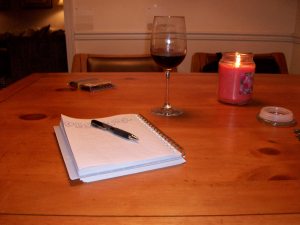 You do, admit it. You really, really, really want to write a book. Maybe you pine to write a memoir. Or maybe a “how-to collect and make beautiful things from sea glass” is calling to you. Perhaps you want to research and write a pithy account of your experiences going around the world. Whatever your topic is, the thought of the “doing” of it, the process of writing a book, is an undertaking of mammoth proportions. Or so it seems …

Guess what — it is not as gargantuan a task as you think, and I aim to tell you why, and then show you how — how to manage the process. Take a read about the course I am offering: So You Want to Write a Book. You can do it — you really can.