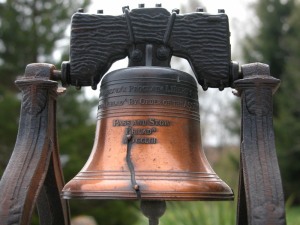 I believe in fairness. I believe in equal opportunity. I believe in working hard and making the grade. I do not believe in coddling, quotas, and ‘rewarding’ mediocre performance. Among the first wave of professional women in business, I experienced the chauvinism and prejudice that accompanied my appointment as Eastman Kodak Company’s first female photofinishing technical sales representative. I dealt with the “unfair” treatment associated with the delay in assigning me my own territory because the division manager didn’t believe women should be in this manly-man field. So what did I do? I worked. I worked hard. I worked harder than I had to because I was intent on proving myself, letting my performance speak for itself. And it did, and I finally got a territory of my own: the San Francisco Bay area.

What’s the relevance of my story? I came upon this NY Times article about the changing demographics at CUNY and I was pleased on the one hand, discouraged on the other. Let’s do the bad news first: Several years ago, CUNY raised its entrance requirements, and after several years, the Asian and white student populations have increased while the black and Hispanics have decreased.  Likewise, the average SAT scores of entering freshman are now at an average of 1200, and the overall quality of students has increased.

Is this indeed bad? There are those who think so. They think that the gains made to create diverse student populations are falling away to the detriment of the schools, ethnicities, and society as a whole. True, a “purposed” lack of diversity is an essentially evil thing. But in the CUNY case, (and now for the good side), we’re talking about students being aptly rewarded for work and performance, and subsequently, a student body rich in challenge and intellectual diversity. We’re talking about a quality education at a reasonable ($ 5430 for instate-students) price. We are talking about rewards for work and performance with an end result that is beneficial to students, institutions, and society.