Then there’s the “Older, Suburban and Struggling …”:

So say economists about the upcoming year:

“This year is not likely to be any better, economists said. Stimulus money has largely ended, and state and local governments have made deep cuts to staff and to budgets for social programs, both likely to move economically fragile families closer to poverty.”

My point in writing and posting this is not to engage in a sparring match with Ebenezer Scrooge, but rather to protest yet another attempt at spinning reality into wisps of cotton candy that do nothing but poison and pollute. 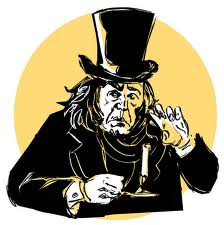 Devotionals on Writings Received from the Celestial: A COURSE IN MIRACLES, A COURSE OF LOVE, THE WAY OF MASTERY, CHOOSE ONLY LOVE, and THE WAY OF THE MARYS . . .with Celia Hales