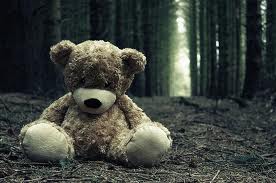 A four-month old cherub should be alive today. He should grow up, go to school, get married, have a family, and then begin the cycle again.

But today his cycle died and all of us, whether we knew him or not, lost a baby when he died. Several nights ago this baby lay asleep in his crib, safe, warm and dreaming magical baby dreams—until those dreams exploded—as did the room around him. The magic of those dreams was snuffed out when a car slammed into the house where he was supposed to be safe, and the nursery where he was supposed to be even safer. A seizure, they said about the driver of the car. A driver with seizures who still had a valid driver’s license. A single seizure at precisely the wrong moment and an infant lost amidst the Armageddon-like wreckage of the little nursery.

At first they couldn’t find him, but when they did, the pulse was gone, the little chest still. Frantic to save him, they made his tiny heart beat and his small lungs inflate. Then an entire city took up the vigil, praying for this baby whom most of us didn’t know, and hoping beyond hope that a miracle would happen. It didn’t. When I saw the news blurb on the local news station today, I cried. He was our baby, he was everyone’s baby. But with my sadness came fury about a world where an innocent infant, asleep in his own little crib, is not safe from human horrors.