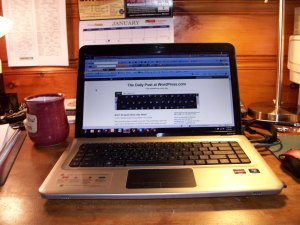 I have been unofficially studying social media since it first came on the scene: first it was MySpace, then along came Facebook and now Twitter and myriad others. As a result, I am developing a gnawing discomfort with social media even though I quasi- participate in my platforms of choice:  Facebook, Twitter, LinkedIn, Pinterest and StumbleUpon. I should say ‘sort of’ participate as I am weening myself and this essay explains why.

Let it first be said – social media is addictive. Let it second be said – not a damn thing on any of these platforms is real, and that’s what so disturbs me.  When we are ‘on Facebook,’ we’re not living in three-dimensional reality. We’re engaging in one dimension with people who aren’t real because all the gritty, grimy, ugly stuff that makes a person whole is lost among cheery witticisms and snappy snapshots. On social media we become something else. We measure success in the number of friends or followers we have. We lose our real selves among  paint pretty pictures and clever repartee. The implications of this for the future are quite scary indeed.

I read an interesting report recently that claims those of us using Facebook to look up people are actually stalking them! Another report claims that many people become depressed from Facebook. No surprise here because comparing oneself to ‘perfect people’ is indeed demoralizing.

Finally, time spent on social media is time away from interacting with people or engaging in other greater good activities. If you’ve ever seen the movie Wall E, one of my favorite movies of all time, people in the future become fat, unable to walk, and spend their days lying on magically-propelled lounge chairs and talking on video-phones all day. They never engage with one another face-to-face and actually become rather useless. (Though there is a happy ending 🙂 Is this where we’re headed? Into a world where people create false selves that populate platforms where nothing is real and the skills of basic human interaction are lost? 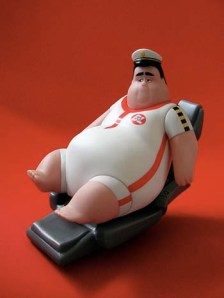 As you can see, I’m hot on this topic and agonizing over a decision to close out my accounts and get back to living more simply.