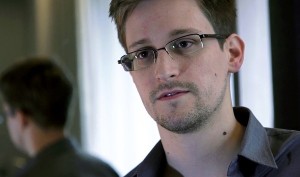 One man, a single, previously unobtrusive young man, appears to have forever changed the course of intelligence and privacy (lack-there-of) in the United States, perhaps even the world.

Questions abound: is he guilty? Did he do something wrong? Is he a modern day hero? A trailblazer in restoring the freedom of speech, and just plain freedom, this country is supposed to be all about?  Has our country, our government, gone too far in the name of protecting us against terrorism?

I, at least, was shocked at the extent of the invasions in the name of these ‘highly classified surveillance programs.’ How many of my phone calls have been monitored? Did government agents hear me expound when I spoke to my daughter about birth control? Did my text messages to my students advising them on their reports about terrorism get pulled into the pile of red-light risky communications? Was I, then, a victim of more intense scrutiny?

I recently wrote a book as a ghost writer about a cyber-war with origins in Russia. Several weeks later something quite similar occurred. My client was the one who mapped out the plot of this tome and when we were finished, he said all of the emails and communications he’d had with me on the project mysteriously disappeared. He was convinced he was targeted by a surveillance agency. At the time, I thought he was nuts. I don’t think so now.