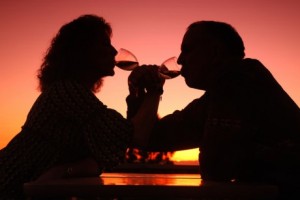 Baby Boomer or not, this you’ve got to read:

In 2011, the most recent numbers available, the Federal Centers for Disease Control and Prevention identified more than 12,000 cases of gonorrhea, about 2,600 cases of syphilis and more than 22,000 cases of chlamydia in people ages 45 to 64.

This sure isn’t the world I grew up in where not only was the word sex forbidden, and I mean as in speaking it, but so were any unfortunate consequences which could only be spoken of in hushed tones, behind hands cupped in morbid secrecy. I mean, this was the era when I thought the nuns who populated my primary school never went to the bathroom! As in never, ever!

Well, things have changed, and it’s for the good except now we have to get the age-old sexually-transmitted diseases under control. Somehow, though, I think they will remain around to haunt us until the sun sets on time.