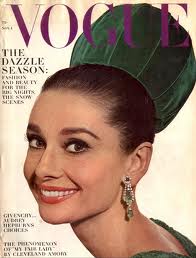 What’s your social style? And I don’t mean relative to the office cocktail party or neighborhood barbecue. Nowadays, we must all be concerned with our “social media style.” Whether we like it or not, social and business engagement, discourse, networking, book clubs, support groups, and everything that involves what we’ve always known as social interaction is now occurring online.

I admit it, I am of the Boomer generation. But I was a lucky Boomer because I entered a technical field (photofinishing) and worked with the very first computers. I setup and balanced digital printers, I helped fix customer QC problems using a then revolutionary computerized photo system. I developed document on Wang word processors. Anyway, you get the gist.

So, technology came naturally and easy to me – until …

I’ve been struggling with how to become socially adept because right now, I am a social media clod. I have Facebook, Twitter, LinkedIn, Google+ and several social bookmarking sites. But I’m all over the map and, to say the least, ineffective with it from both personal and professional standpoints. This, then, has led to frustration (lots).

Frustration tends to make people ugly and angry, and this is where I’ve been, until I started having conversations – offline – and reading – real books, but still about developing a social media style. Right now, I’m still in rags, but I am on an odyssey to develop a purposeful and productive style of my own.

Here are two things I recommend for you if you’d like to know more about this.

“9 People Who Have Influenced My Social Media Style”:

Net Smart: How to Thrive Online, by Howard Rheingold,