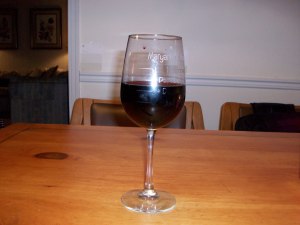 Or is it Beer Googles? Either way – the closely guarded secret we have all kept in the closet is now out in the open, thanks to the many online merchants who are profiting – majorly – from our alcohol-induced purchases.

The phenomenon has long been recognized by high-end merchants, according to New York Times article “Online Merchants Home in on Imbibing Consumers.” In fact, I have a friend and former student who wrote a book about it. In Stay, author Allie Larkin tells the story of a young woman who, in a vodka and grape Kool-Aid induced haze orders a German Shepherd dog (from Slovakia, of all places) over the Internet. I won’t reveal more of this quite delightful story, but the point is made clear.

After I posted a link to the NYT article on my Facebook page, one friend said he ends all his eBay auctions on a Friday night – now I wonder why that might be?? (Hmm – I have another friend who posts on eBay – I’ll have to give her the scoopage).

An interesting dichotomy certainly exists in this issue. First is the bevy of merchants who want their buyers to eat, drink, and be merry so their sales and profits soar. On the other hand are those whose imbibing leads can lead them into ordering dogs from Slovakia or airplanes from Cessna – these might, of course, not be good things.